World's leading expert on the Science of Creating Miracles

Author of the #1 bestselling book The Science of Creating Miracles: Neuroscience, Quantum Physics, and Living the Life of Your Dreams

Selected by TIME magazine to the TIME 100 Top Innovators of the Century, "The Picassos or Einsteins of the 21st Century"

Inventor of the first Brain-Computer Interface and
Brain Fingerprinting 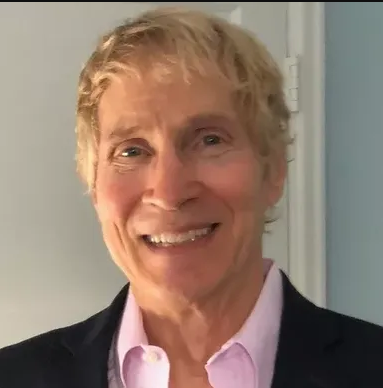 Dr. Larry Farwell is a Harvard-educated neuroscientist and the world’s leading expert on the Science of Creating Miracles. His revolutionary scientific research in neuroscience, quantum physics, and the role of consciousness in life and the universe has introduced a new scientific paradigm. He has developed practical techniques to apply the Science of Creating Miracles in life.

Dr. Farwell has worked with individuals, governments, agencies, high-ranking officials including heads of state, leaders, and organizations throughout the world, including the President of the United States, the US Navy, the FBI, the CIA, and their counterparts around the world. He has published his research in the leading peer-reviewed scientific journals. He has been featured in major news media worldwide.

A new paradigm is evolving that makes it clear that consciousness conceives governs constructs and becomes the world of everyday reality. This book explains the mechanics and gives you access to how intention organizes its own fulfillment when it is not interfered by the conditioned mind.

If you’re looking for a miracle in your career, your relationships, or anywhere in your life, this book is a practical guide you’ll want to apply.  You’ll find proven techniques to use the amazing power of your consciousness to create the life of your dreams, along with the science to back it up.

Bestselling Author and Founder of Yes to Success Seminars Inc.

The world is awakening to the truth that as conscious human beings we can manifest in our outer lives what we create within ourselves. Dr. Farwell provides the scientific proof that we are truly the creators of our lives and our world. In The Science of Creating Miracles, he also provides easy and amazingly effective techniques to apply the power of our consciousness to live lives filled with love, success, and lasting happiness.

At first glance, the title may seem like an oxymoron.  Science and miracles? But Farwell is a real scientist who makes a smart, plausible, common-sense case. He explains things clearly and shares simple, doable procedures — and, as a bonus, gives us a fascinating tour of the nervous system and the universe we’ve been inhabiting and underappreciating.

Author of the Amazon bestseller, Success Without Stress - A Map for Busy People and producer of Peace: The Pulse of Humanity Global Conference

Wow! These techniques really work.  I’ve used them with success for financial abundance, healing from major surgery and an extraordinary relationship with my man. If everybody practiced the techniques in this book, there would be World Peace on the planet.  You can trust that you too will gain miracles in your life.

Author of Go! How to Think, Speak and Act To Make Good Things Happen

Farwell honors the elegance of the simple and makes the complex understandable.When you want to create a miracle, grab this captivating science book and have at it! A fascinating how-to volume, it reads like a novel and equips you to produce the miraculous.Science and miracles - two terms rarely paired. Here their powerful partnership pulls you right in to the mysteries, questions and discoveries Dr. Farwell is well-known for. Dr. Farwell’s knowledge of and personal experience with wide-ranging sciences are well-served by his clear, engaging and intriguing language. Packed with facts and principles, stories and anecdotes, it’s a surprisingly fun read. Almost like a sci-fi novel - yet the breakthrough premise is real. Farwell takes you on a journey into the realms of science enroute to...YES! Creating miracles! I expected to have to study the book, yet I find I’m so intrigued that the fascinations propel me into the insights, discoveries and breakthroughs that flow through the writing.

The Science of Creating Miracles

Can Quantum Physics Explain The Science Of Creating Miracles?

PEACE: The PULSE of Humanity 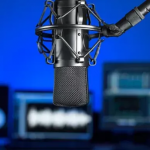